"We All Live In The Same House" 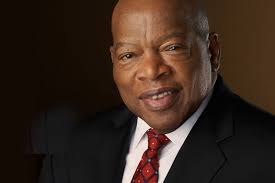 I need you. You who sees things differently than I do, you who tends to disagree with my take on things, you who feels strongly that my way is the wrong way. I need you, who may view me as foolish in the best of times, and more likely as a barely sentient being the rest of the time. I recognize you may find me contemptible. I need you though, because I have an idea I hope you will consider –– I propose you and I make a pact, not one that promises we will agree with each other, but a pact that says we will never again hold the other in contempt. A pact where we pledge to respect one another’s right to their beliefs, regardless of how opposed they may be from our own, solely because we choose to uphold the dignity of our mutual humanity.

I need you, and you need me, to commit to changing how we as a society encounter each other –– because time is running out on this endeavor optimistically called the United States.

So first –– I commit to go outside my circle of like minded people, that comforting place where all my biases are affirmed, the place where I can hold all of ‘them’ in contempt, dismissing anyone not within that small circle as thoroughly dispensable. When I hold you in contempt two things occur, neither of which is any good. First, when I look down on you, an abyss opens up, an unbridgeable distance keeping us separated and isolated. Second, I have failed us both because I have chosen to withdrawn from relationship with you, preferring the safety of my settled beliefs over the possibility of learning something from yours. Withdrawing is the easy next step to take after holding you in contempt, after all, why should I bother? But to withdraw from relationship is a full blown retreat triggered by fear, and we all have collectively run out of time to be running away from each other.

Exiled in our respective bunkers, we must come to the truth that self-imposed isolation is the one reality love cannot overcome –– because it has no way in. All that is required to start to care about each other, respect each other, and maybe even reconcile, is the courage to cross the abyss separating us. The wisest person I have ever encountered said it simply –– “the things that keep us apart can’t withstand inclusion.”

Know this is not an ethical or moral dilemma, it is a proposal to confront the concrete reality of separation in our lives that loathing and fear have caused. Being fearful demands reacting –– I am afraid, I feel threatened, what must I do right now? Depending on how existential that threat is perceived to be, my response can become primal –– fight a pitched battle or run for my life. But the truth is different, because you and I have more in common than what fear would have us believe.

Arthur C. Brooks, in Love Your Enemies, writes of an encounter in 2017 on the National Mall in Washington D.C., where a pro-Trump rally and a contingent of Black Lives Matter activists met. Predictably, shouting, chanting, and rage-fueled encounters began, with some yelling “USA! USA! You don’t like it, get out!” And “Ignore them! They don’t exist!” But just when another Charlottesville loomed, the rally organizer, Tommy Hodges, from up on stage, invited Hawk Newsome of BLM to join him up there, giving him two minutes to somehow make his case. Both men had come to the event ready to stand their ground, ready to out shout and out-rage the other. But at least for that day, something different happened.

Mr. Newsome relates he said a prayer to himself on his way up the steps to the stage, hearing in response, let them know who you are. So as he was handed the microphone by Mr. Hodges, he began by telling the crowd his name, telling them he was the president of the New York chapter of Black Lives Matter, and told them he was an American. He went on to say, “And the beauty of America is that when you see something broken in your country, you can mobilize to fix it.” The pro-Trump crowd applauded him. After a few other remarks, Mr. Newsome finished with, “Listen, I want to leave you with this, and I’m gone. If we really want to make America great again, we do it together!” The crowd erupted in cheers, because at least for a moment, the truth of the ‘we’ prevailed over the contempt for a ‘them.’

The pact you and I are considering signing our names to is not a promise to vote for some party, it is not a commitment to change the way we see things, it is much simpler. But just because it is simple, does not mean it is easy. We have to get off our ass and do something.

Our agreement with each other is ultimately about location. The what will work itself out, it is the where that we have to clear up. The where is wherever you are, because where you are is where I want to be. Where I need to be. Not to convince you, not to help you, not to change you, but to listen to you. Because what you carry within you holds the key to ending my contemptibleness. Each of us has a reason for how we see the world, has a history that inevitably contains wounds, has a past with a story. And when I hear your story, and you hear mine, we can no longer carry on despising one other, and not because we have all of a sudden decided to agree, but because we have come to respect the journey we each have made to this moment. This is the precise location where contempt ends, because to know someone and be moved by their life story makes hating them impossible. The story of a human life, every human life, when we contemplate the successes and failures, the traumas and joys, elicits awe at the astonishing resilience of that person. And it is a short trip from holding one in awe to cherishing them for their integrity and courage, and it is no distance at all from cherishing to loving. 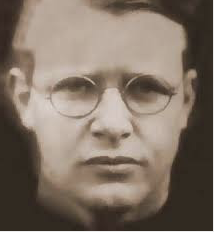 You may say it is a very great distance from contempt to love, but is it really so far? Are we really so entrenched in our attitudes the abyss between us is too vast? Hawk Newsome and Tommy Hodges would say not so fast, telling you it was only a few steps up to that stage. It comes down to where each of us chooses to take our place, alongside our so-called enemy or in our fortified bunker.