To be “returned to ourself” is simply to be brought back into the truth of who each of us is. All the philosophies, theologies, and ideologies, for all their value, cannot compare with the richness and life that already exists within us. An item to note is the “returning” is done to us, not by us. This is important, for it is through our relationship with others and with God that restores us to our truest self. Brought back, kind of to where we started, but to a self that emerges as infinitely “more” by way of the exchange with that “other.” 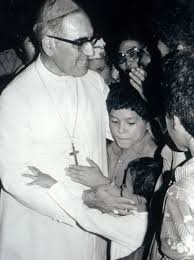 Archbishop Oscar Romero of El Salvador, murdered by a government assassin while celebrating Mass in San Salvador in 1980, had three years earlier been returned, back to his true self. It had been a bruising path back, full of ambivalence and missteps trying to walk a fine line between a rapacious government and the needs of the country’s marginalized poor. The atmosphere in El Salvador then, as it is still today, was tense with violence, with rampant corruption, overlaid with 300 years of oppression by an oligarchy known as “las familias quatorce,” the fourteen families. In the midst of this, Romero tried to appease the military and government while still claiming to be the shepherd of the Salvadoran Church. No one can serve two masters, Romero had to choose which path to follow.

The turning point for Romero came after a priest, a close friend from seminary, was assassinated. A government security force ambushed a car carrying Rutillio Grande, SJ, who had been leading a movement empowering the poorest farmers, along with two other Salvadorans. The three of them were gunned down on their way to a small village, were Grande was to celebrate a church service. Upon hearing of the death of his friend, Romero was presented with a moment that he had always feared — who was he to be when there was no more room to equivocate, when there was no more time to wait, when what abided within him could no longer be ignored? The Archbishop, brought to the precipice by his love for and grief at his friend’s murder, made the leap back to himself. In a church procession near to where Grande had been murdered, while armed military death squads lined their path, the procession halted, fearful of what might be coming. 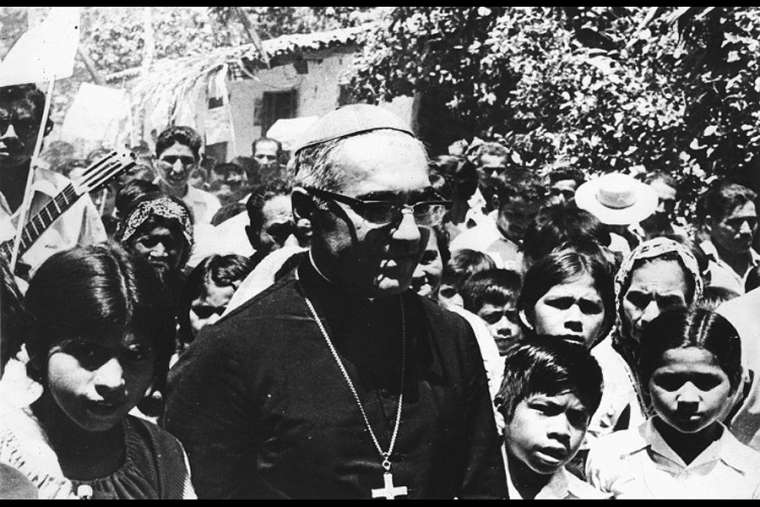 Unsure if they should continue or flee, the people looked to Romero for direction. He hesitated, but said in a firm voice, “Adelante!” (Forward!) This was who he was created to be, who he always was in his heart, and having been returned to himself he aligned himself with his truth.

What are your truths, those long held aspirations and passions you alone have been blessed with to contribute to our world?